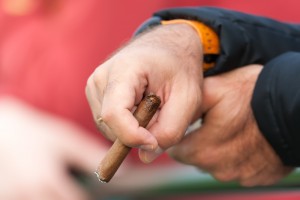 On December 17th of 2014, President Obama announced an intention to reestablish diplomatic and economic relations with Cuba. That’s great news for many families that have been torn apart, but for some of us it begs the question- are Cuban cigars legal now?

The short answer: No. Or, at least not yet. President Obama needs the approval of Congress before the plan can go into effect. If everything goes according to plan, however, you will soon be able to see if Cuban smokes are worth the hype.

Which brings us to the next question: are they? In the fifty-plus years since the embargo, many master craftsmen have left Cuba to set up operations in more economically advantageous countries. Cuban cigars are shrouded in mystique and certainly have an illicit appeal, but the fine cigars you’re enjoying from other countries are likely holding their own.

In fact, we’ve written before about excellent cigar-making countries in the Carribbean and Latin America.

We’re excited for the option to try Cuban cigars, even if only for comparison’s sake. In the meantime, stop in and browse our excellent humidor until the wait is over!