Ushering in Fall with Classic Flavors 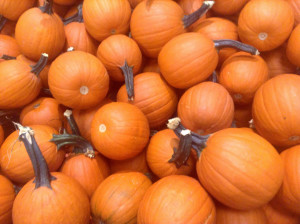 You know it’s fall when the words “pumpkin spice latte” start coming from every direction. Even though we are still technically in Summer, those three little words are already filling thousands of cups at your local Starbucks. For better or worse, the idea of pumpkin spice anything is here to stay. And the depth of that seemingly innocent spice blend has finally reached the world of cigars.

Technically, it began last year with General Cigar Co. introducing a new flavor as part of their CAO Flavours line. And you guessed it, pumpkin spice! The pumpkin curiosity continues this year with Sutliff releasing a blend of Burley, Virginia and black Cavendish pipe tobacco that now has those well-known spices mixed in. 4 Kings also sells boxes of cigarillos to try if you’re curious about this fall flavor, but don’t want to make any commitment.

The pumpkin spice trend is probably best left to delicious pie and coffees, but if you’d like to bring a little fall special to your regular cigar enjoyment, we suggest pairing a robust tobacco with a pumpkin ale.

Cigar City Brewing – they produce Good Gourd, an imperial pumpkin ale full of hearty pumpkin flavor and Ceylon cinnamon, Zanzibar cloves, nutmeg, and Jamaican allspice. Choose a cigar with similar spicy flavors – cinnamon, vanilla – but make sure they are on the mellower side. You want the robustness of the tobacco without competing flavors.

New Belgium – Colorado’s own makes the Pumpkick which tastes like cranberry sauce. Not exactly a pumpkin ale, but it’s a mild tart flavor reminiscent of turkey dinner and sure to pair well with a smooth, slightly sweet tobacco.

Tommyknocker – Another Colorado favorite, this brewery offers their Small Patch Pumpkin Harvest ale that tastes like pumpkin pie and a campfire rolled into one. With medium spiciness and the heft of molasses to lend the smoke flavor, this ale works well with a lighter to medium bodied tobacco.

Schlafly – A true pumpkin ale. It tastes just like you imagine – beer mixed with delicious pumpkin. Apparently the Missouri brewing company uses butternut squash to capture the true essence. On the refreshing side, this ale pairs will with a warm, spicy cigar on any fall day.