Why Cuban Cigars Are Illegal 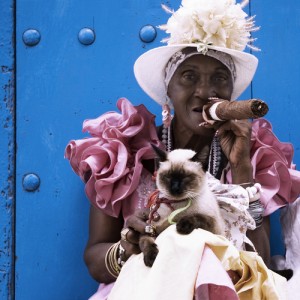 Everyone knows Cuban cigars are illegal. Even people with very little knowledge of cigars in general know that the words “Cuban cigar” are infamous. Here is a brief history of what happened to make Cuban cigars the forbidden fruit they are today. In 1962 the United States imposed an economic, commercial and financial blockade on Cuba after their Communist revolution. As a result, all U.S. citizens are restricted from doing business in or with Cuba. According to John F. Kennedy’s press secretary, the day before the President ordered the embargo he ordered 1,200 H. Upmann petit corona cigars from Cuba, one of the benefits of being President, I suppose. As a result of the embargo many of the Cuban companies moved their operations to other countries, especially the Dominican Republic. It’s for this reason that some savvy cigar aficionados regard Cuban cigars more as a curiosity than the holy grail. If a Cuban master roller wanted to continue producing cigars profitably it’s fairly likely he or she would relocate to a country with friendlier U.S. relations. Today Cuban cigars are still sold all over the world, and thanks to the Internet U.S. citizens have easier access than ever before, although counterfeit Cuban cigars are a rampant industry. Contrary to popular belief it is illegal for a U.S. citizen to purchase Cuban cigars anywhere in the world, not just home soil. Penalties for being caught with Cuban cigars are confiscation and fines, although punishments can be more severe if the quantities are high enough.