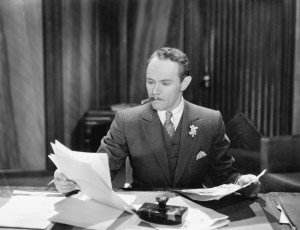 If you’re new to cigars, walking into a shop to browse may seem intimidating, since the vocabulary of the cigar aficionado can be somewhat confusing. While you can always ask for clarification if you’re not sure what someone is talking about, here’s a brief glossary of terms you’re likely to hear tossed around inside a cigar shop.

Stick: Slang for a cigar.

Smoke: Obviously smoke, but also slang for a cigar as a whole.

Cap: The closed end of the cigar, that you cut to open.

Humidor:The room in a cigar shop where the cigars are kept. Also, small boxes for storing cigars.

Hygrometer: A gauge for measuring the moisture content of an environment, for instance the inside a humidor.

Head: The open end of the cigar, that you light.

Foot: The closed end of the cigar, where the cap is.

Draw: How easily smoke passes through the cigar opening upon inhale.

Finish: The final taste of a cigar on the palate.

Spill: A thin slice of wood used to light a cigar.

Burn: How evenly and how long a cigar burns.

Those are some of the common terms used when discussing cigars, but if you encounter a word you’re unfamiliar with, just ask us what it means; everyone had to start their love affair with cigars at some point!